Money, Taxes, and Divorce: What Do I Do Now? 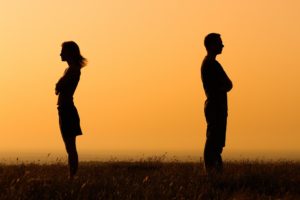 There’s a lot to decide during a divorce. How is custody divided? Who gets which assets and liabilities? What does each spouse need to move on and start a new life? Money is perhaps one of the most important topics to consider during negotiations, since failing to pay proper attention to money, taxes, and divorce could cost you significant amount of money over the years.

Tax liabilities should be divided up during a divorce settlement. Whether you owe taxes to the state of Florida, the IRS, or both, failure to pay in full or on-time could lead to wage garnishments and seizure of assets. Deciding who is responsible for tax liabilities makes it easier to set up a payment plan with the appropriate agency and prevents accounts from going to collections.

Division of Assets and Debts

Depending on how much you’ve accumulated – or lost – during your marriage, figuring out how to split up debts and assets can be an intimidating task. Determining which liabilities and debts are considered marital or non-marital is an important part of negotiating a divorce. Marital assets include purchases that took place during the marriage, gifts between spouses, retirement funds accumulated during the union, and real estate purchased and/or refinanced during the marriage.

Debts and assets considered non-marital include those taken on or earned by one spouse prior to the marriage, and income gained through non-marital assets, as well as items and property outlined in a prenuptial agreement.

It’s important to cover all assets and liabilities during a divorce settlement. If some items are left out of negotiations, it can be very difficult to make a spouse take on debt or give up assets after the divorce is finalized.

Keep in mind that Florida law also dictates how property and liabilities should be divided, and the courts aim for an equitable distribution of property and assets. Various factors are taken into account, however, including economic contributions by each spouse, career sacrifices made by one partner to maintain the household, the interests of minor children, and the duration of the marriage.

Alimony is a topic that often comes up early in the divorce process. Spousal support refers to money paid by the higher-earning spouse to the lower-earning spouse. A partner who gave up his or her education or career to raise children or maintain the household may be eligible for alimony, since their earning prospects are often inhibited by their long-term absence from the workforce.

The court looks at various factors when deciding whether alimony is appropriate, and if it is, how much should be awarded:

Permanent alimony is uncommon, but may occur in divorces involving marriages that lasted 17 years or longer. In situations like this, the court may award alimony until the spouse receiving support remarries. They can also determine how much time the lower-income spouse needs to complete their education or increase their earning potential. Lump-sum alimony payments take the place of monthly support.

Protect Your Rights During Divorce

No matter how long you’ve been married or the circumstances of your divorce, it’s important to protect your finances to ensure that you get what you deserve. If you’re considering – or are going through – a divorce, reach out to Carolan Family Law Firm at (305) 358-2330.