The Divorce Numbers in Florida 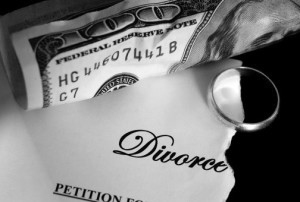 In 2009, Divorces in the state of Florida were at an all-time low in approximately forty years. However, this changed in 2014. In fact, Florida is the fifth highest state in divorce with over 13.1 percent of residents filing for divorce. But, what is driving higher divorce rates in Florida than other areas of the country?

Divorces often decrease with unemployment simply because couples cannot afford to get divorced while unemployed. However, as the unemployment rates in Florida slowly decrease, the divorce rates also increase.

When the housing market crashed, so did the divorce rate. This was because couples who wanted to divorce couldn’t separate and sell their home without taking a significant loss. As the home prices begin to increase, people who have previously postponed their divorces may reconsider filing for divorce.

Florida used to have lower divorce rates, primarily because of religion. While religion doesn’t always influence whether or not a couple divorces, it does affect many of their decisions. Couples may have to go through a church-mandated counseling program before they can officially divorce, while others simply do not divorce because they do not want to deal with the repercussions of their faith. But, today, more couples are divorcing regardless of their religious preference.
Related Posts :-

Florida is the land of early marriages. Couples tend to get married at a younger age. This could be due to economics and limited opportunities. However, as couples mature, they outgrow the marriage, ultimately resulting in divorce.

Do You Need a Divorce Attorney in Miami?

With the divorce rate on the rise once again, it is imperative to find a divorce attorney in Miami. If you are considering filing for divorce, an attorney can help protect your financial interests, assist with child support and custody, and ensure that your best interests are kept in mind throughout the legal proceedings and process.

If you need assistance with your divorce, contact the Law Offices of Aliette H. Carolan today by calling 305-358-2330.