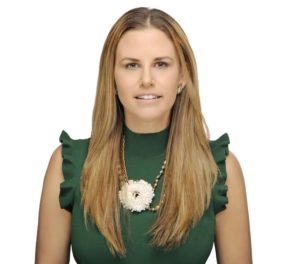 Aliette H. Carolan, Esq. is an AV Rated-Preeminent family and matrimonial lawyer. She graduated law school in 2003 and after gaining valuable experience from some of the best family law practitioners in Miami-Dade she struck out on her own in 2009 and became a Florida Supreme Court Family Law Mediator.

She is known for her creative approach and solution oriented focus. She has a very high success rate at settling complex marital and family law disputes in pre-suit mediation, initial and/or post judgment actions. Her philosophy is that all parties benefit from first attempting to resolve matters amicably prior to engaging in both financially and emotionally taxing litigation.

Should your case require litigation, she will passionately assert and protect your interests. She has been named a Rising Star in 2014 and a Super Lawyer in 2015, 2016, and 2017 by the reputable, peer-review magazine. She is rated a Superb litigator by Avvo, a client-review and peer-review website.

She is an active supporter of same-sex equality and has advised same-sex couples and individuals regarding prenuptial agreements, parenting options, parental rights, settlement agreements and step-parent adoptions.

She advises medical clinics and drafts their consent forms in compliance with current Florida case law and statutes.

She was a course developer for the Alternative Dispute Resolution section of the Legal Studies program of World Education University.

She is fluent in Spanish and a frequent guest on news shows discussing a wide range of family law matters, such as children’s issues, reproductive law, divorce, child abductions and has been published or cited in several publications.