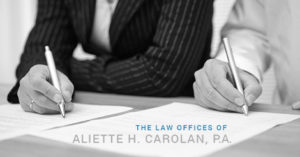 There are plenty of different research studies analyzing the whys and how’s of divorce in the United States but one new study argues that Americans are moving far less than they used to and it has more to do with divorce than you might traditionally expect.

Americans have earned a reputation as being those who frequently get up and move whether it is to find better partners, better futures, better work or better living conditions.

Americans today, however, are only moving approximately half as frequently as they used to 50 years ago. One study alleges that divorce is one of the biggest factors behind this changing trend.

For years, this has been a significant challenge for demographers studying the trend. One research study has identified that there is one big factor supporting this trend and it is child custody.

Changes in the complexity of families such as child custody and divorce can have a huge impact on migration and may contribute to the fact that Americans are moving much less likely than they would have in the past.

Over the past ten years, several different research studies have explored hypotheses for why there has been a decline in U.S. migration.

What Else is Behind U.S. Changing Migration Trends?

One of these includes the fact that the U.S. population is getting older and baby boomers might move less. However, when this research study corrected for the effective age on the chances of moving, it had no impact.

Another potential theory had to do with home ownership. If more people owned homes, they would be less likely to move.

However, rates of home ownership stayed stable over the past two decades so this can’t be the primary theory affecting U.S. migration statistics.

The most common explanation over the past several years for the lack of migration has to do with a bad economy, meaning that people just can’t afford the luxury of moving like they might have been able to do in the past.

However, this same research study indicates that despite the rises and falls in terms of the economy across the last half a century, the migration rate decline level has stayed the same over this period.

After eliminating these other potential hypotheses, the research study manager looked to see if divorce would have an impact since its rates had increased over the same period of time. Families are growing more complex, especially in the modern era.

People are often living with the grandparents or elderly parents, cousins and stepchildren may even be living in the same house and more women are working. All of these are factors adding to the increasing family complexity.

Using the Panel Study of Income Dynamics from the University of Michigan, this research study explored demographic data from a sample of U.S. residents from 1968 forward.

The analysis determined that individuals who divorce where children were a factors were less likely to relocate than those who had no children. This supports the idea that your life may still be linked to a former spouse even if you get a divorce.

How Loved Ones Can Influence Geography

People often make choices based on their loved ones and the new concept of rootlessness may be drawn from a desire to be close to children. These divorce factors could spell a new era for individuals wanting to stay in the same geographic location.

Parents who get divorced usually have to grapple with the challenges associated with child custody and how this impacts a parent’s time with his or her children.

Don’t Wait! Speak with a Divorce Attorney in Miami

With such complicated issues involved, you need someone you can trust during this challenging time. An experienced family lawyer can have a big impact on your own comfort level and anxiety while dealing with a divorce.

Hiring the right Coral Gables family lawyer can help significantly in this process by allowing you to have a clear perspective on what to expect in the family courts.

If you have questions about getting divorced, do not hesitate to reach out to an experienced Coral Gables divorce attorney today.

Want to learn more about factors that could put you at higher risk for divorce? Learn more here: https://www.carolanfamilylaw.com/life-events-may-put-higher-risk-divorce/